Welcome to ALGO 5 On Demand Training 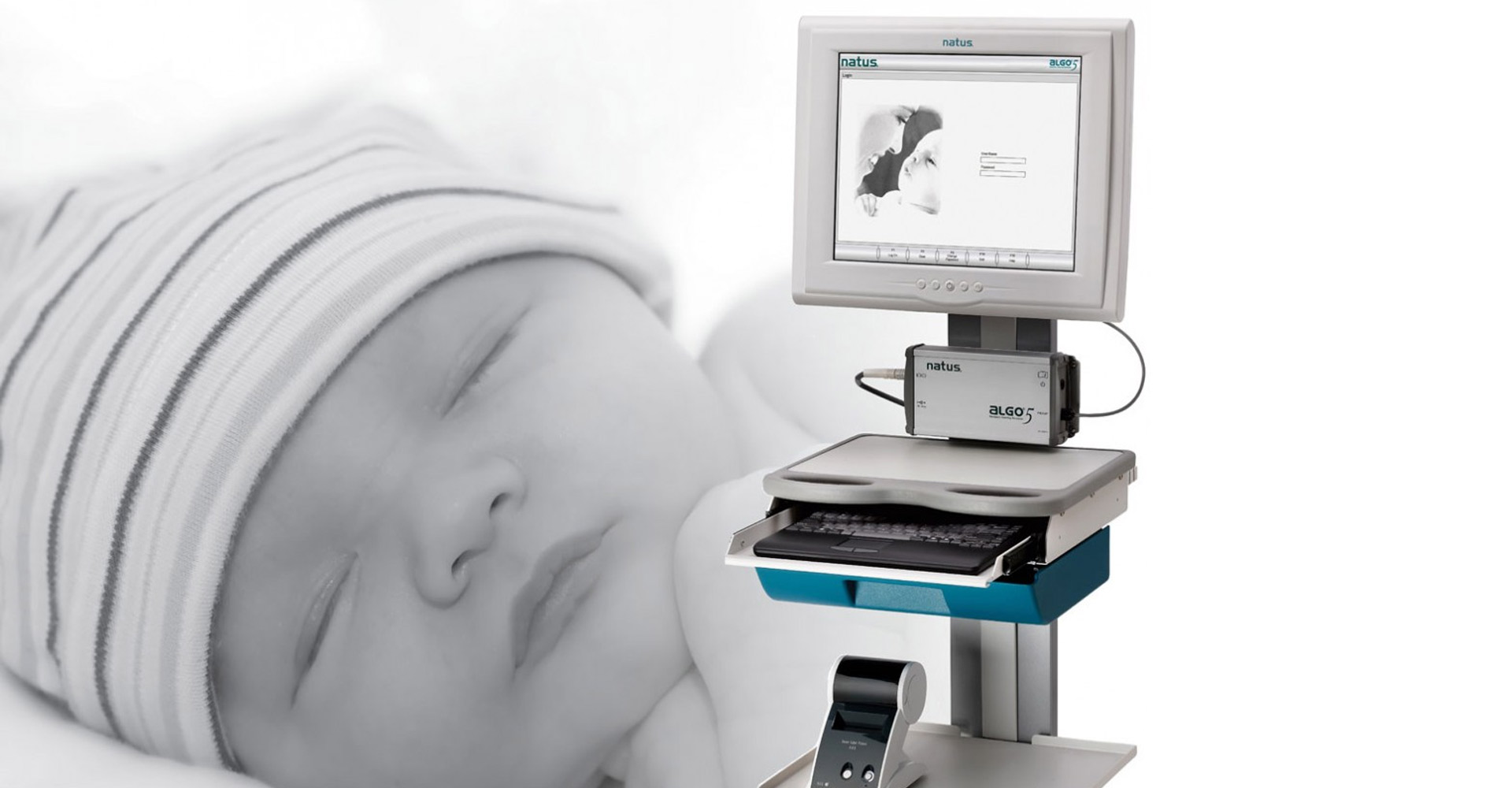 The Joint Committee on Infant Hearing (JCIH) was established in 1969 with a goal of publishing guidelines for early detection of hearing loss in children and newborn hearing screening. By the year 2001 the initiative included the 1-3-6 guidelines – defining the 3 key components of Early Hearing Detection and Intervention Programs and ultimately setting the standard which is universally accepted around the globe: Screening by one month of age, diagnosis by 3 months of age and intervention by 6 months of age.1

More than 90% of deaf babies are born to parents who have normal hearing! We know that certain conditions during the prenatal, perinatal and postnatal periods can increase the chances of permanent hearing impairment in the newborn. These conditions are considered high risk factors and must be taken into account when screening newborns and making recommendations for follow-up. Babies born with risk factors for late onset or progressive hearing impairment are followed more closely by their pediatrician to catch signs of hearing problems early so as to not delay intervention. Early detection of permanent congenital hearing impairment in the newborn along with timely and appropriate intervention by 6 months of age is crucial to minimize the impact of the hearing impairment on a child’s development and educational achievements.

Many research studies have compared the language development and educational achievement of hearing impaired children with their age-matched peers. Conclusions from the research provide confirmation that confirms children with hearing loss who were diagnosed at an early age and received timely intervention consistently have language skills at levels comparable to their hearing peers by age 5 – 6. Other studies have compared early diagnosed and treated hearing impaired children to those with delayed identification and treatment. Intervention by 6 months of age consistently offers advantages leading to better receptive and expressive language scores, independent of the mode of communication chosen, the degree of hearing impairment and the socio-economic status.3

The ALGO 5 User Manual is designed to educate you on the proper and safe use of the product. It is important that all screeners read the manual in its entirety to ensure they are familiar with all safety, operating, and  troubleshooting/maintenance guidelines. Troubleshooting/maintenance guidelines should be reviewed and followed to ensure that the device remains in proper functioning order. If difficulties continue after following the troubleshooting techniques, please contact your manager, your Biomed department or call Natus Technical Service at 888-496- 2887.

The Algo 5 user manual outlines the operating instructions for selecting a baby, setting up the screener, preparing the baby, running the screening and managing results, and cleaning up and shutting down the screener. The final policy/procedure which you receive from the Nurse Manager or Lead Trainer may have additional steps/guidelines outside of what is listed in the Algo 5 manual. Additional guidelines must be adhered to per hospital policy/proced ure, but they should never contradict or override what is outlined in the user manual.

You need to be familiar with error messages that you may receive during screening and overall techniques for screening. Any questions you may have should be directed and discussed with the Lead Trainer during training.

You will find following training videos in the course

Follow your nursery protocol for completion of the screener competency, which may include observation by a nurse educator / nurse manager.