CHANGING LIVES ONE BABY AT A TIME 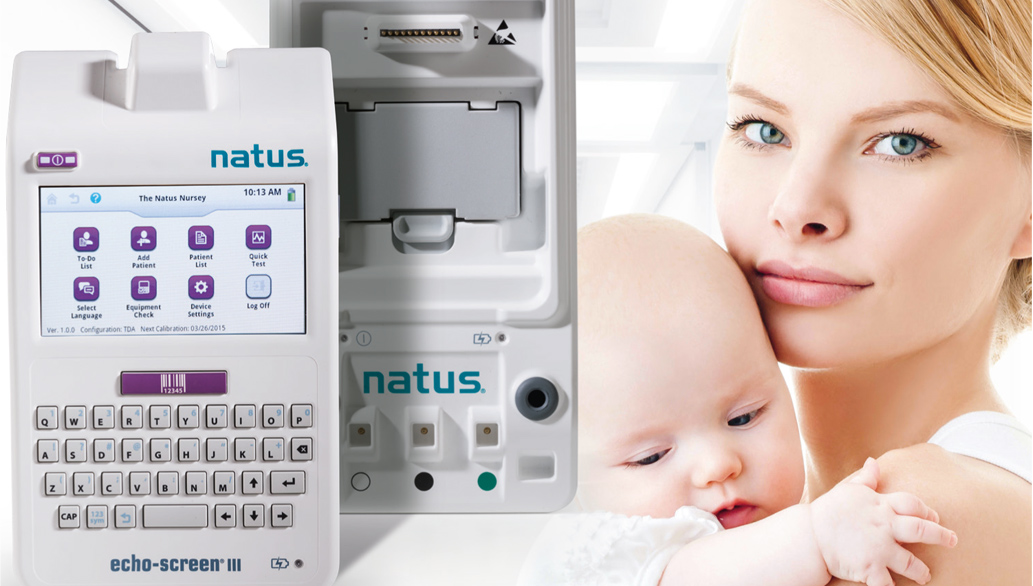 Although the first calls for newborn hearing screening originated more than a half century ago, the journey from experiments and pilot programs to the present day standard of care was an arduous one. Early advocates Wedenberg (1956) and Froding (1960) in Sweden attempted to test neonates for hearing using reflexive eyelid opening or closing in response to loud sound, but poor reliability precluded adoption of this technique. Nevertheless, their recommendations for “obligatory” examination of newborn hearing began a movement that spread worldwide thanks to the efforts of such pioneers as Marion Downs who launched the first organized effort to screen newborns. In her 1964 project in Denver, Colorado, trained volunteers screened every newborn (17,000) using a device that emitted an abrupt 90dB SPL noise band to elicit a startle response. Once again, the unreliability of behavioral response and reliance upon examiners’ subjective judgments meant that no acceptable protocol for newborn hearing screening could be developed. Alternative methods to identify infants for selective screening using risk factors emerged as a promising alternative until it became apparent that this strategy would detect only about 50% of infants with significant hearing loss.

By the 1980’s, Auditory Brainstem Response and, later, Otoacoustic Emissions renewed interest in universal screening, but it was the 1985 introduction of ALGO® AABR® that, for the first time, made screening every baby feasible through automation and machine intelligence for statistical response detection while rigorously maintaining the accuracy and effective performance of conventional ABR using highly skilled clinicians.

Implementation of universal newborn hearing screening rapidly escalated only after the technology required for this unique application became available and sufficiently widespread to win public health support. Today in the United States and many other countries, more than 97% of newborns are screened for hearing loss. Congenital hearing impairment is now understood to be a developmental emergency because unstimulated auditory neurons are recruited and “re-wired” by other areas of the cortex resulting in loss of future auditory potential once this re-organization has occurred. Since more than 96% of infants with hearing impairment are born to two hearing parents who expect to communicate with their baby through spoken language, there is an urgent need to support this bonding process and the typical sequence of child development.

Evidence demonstrating the true benefit of early detection is now emerging as long term research is underway. The Longitudinal Outcomes of Children with Hearing Impairment (LOCHI) project (www.outcomes.nal.gov.au) a population-based, prospective study directly comparing outcomes of early identified children with hearing loss to later identified children is a prime example. Differing UNHS implementation stages between 2002 and 2007 in Australia created natural cohorts identified by nursery screening vs. by subsequent standard health care. Since all children received the same free, follow-up services of Australian Hearing their results can be compared fairly in this unique study. LOCHI provides the world’s first populationbased evidence that hearing-aid fitting by 6 months of age or cochlear implantation by 12 months accompanied by intervention for language development are the key variables in predicting outcome and that targeted intervention for development of pre-reading skills is essential for children with hearing loss to receive the full benefit of early detection.

The true goal of newborn hearing screening, optimal outcomes for children born with permanent congenital hearing loss, cannot be achieved, however, unless babies who are referred for further evaluation receive diagnostic audiology evaluation, access to sound through hearing aids or cochlear implants along with effective intervention as soon as possible and that is the greatest challenge faced today in many locales. Despite successful coverage of nearly every birth in many regions, loss to follow-up and loss to documentation mean that as many as 40% of infants who are identified by screening are lost to the early detection system. Improved parent/provider communication, greater use of data management and tracking systems, increased pediatric audiology resources, and such innovations as tele-practice in underserved regions are among the solutions proposed to ensure the efficiency and effectiveness of newborn hearing programs. Clearly, the significance of early hearing detection and the potential for lifelong consequences when babies and their families miss this opportunity cannot be overstated and will continue to demand our full attention.

The social and economic benefits of early hearing detection for individual families, communities, and nations create an exciting opportunity and a true identification imperative.

Universal newborn hearing screening has proven to be the essential first step towards achieving previously impossible outcomes and changing lives – one baby at a time.

1 responses on "CHANGING LIVES ONE BABY AT A TIME "